“The only constant in life is change.”  – Heraclitus

In all the time since my last post, there have been personal changes and changes throughout the world. Many of them are troubling. I’ve no doubt that each of you has concerns regarding the state of affairs both where you live and the world at large.

Always a reader, I often turn to books and the comfort they give. There is a world of wisdom between the covers, questions to ponder and perhaps even shifts in our way of thinking and/or living.

“If you haven’t changed your mind lately how can you be sure you still have one?”    –  Peace Resource Project ( https://www.peaceproject.com/)

For now, this blog will share quotes, even if I don’t agree with all of them. There may be a few musings, rants and possibly a poem or two… and I would love to hear your thoughts and feelings that these words stir if indeed they do.   Perhaps you will take a moment and share one of your own favorites? At times there may be a focus on a particular author. There are other times when two, three or even more will join it.  On his excellent blog, Charles French will set up a mythical table of authors that one might choose to encounter. Find Charles here: https://charlesfrenchonwordsreadingandwriting.wordpress.com/  I do hope he will forgive me for borrowing from that delicious idea and creating a Café setting where the invited allow us to sit in and listen, ask questions and perhaps simply reflect on their thoughts.  We will, of course, have our excellent French wine on the table.

It can be wonderful to read from the great philosophers throughout time and acknowledge some shared beliefs. Truth be told, I find I get much more out of the ones I don’t agree with as it makes me dig deeper into my beliefs, challenges me and question myself. I can’t believe anything that I haven’t thought through exhaustively.  Okay, the caveat here is that intuition can have its way as well but here we are having an Empath’s moment…

“It is always advisable to perceive clearly our ignorance.” – Charles Darwin

Thank you to all who chose to join me on this journey. Let us see what we can discover?

“Be not inhospitable to strangers lest they be angels in disguise.”

Have We Had Help?

After after getting to know an old tramp back in the nineteen seventies, I decided to write the following story…

I walked into the autopsy room at the beginning of the day to find a body awaiting my undivided attention which had been found in the woods above the neighbouring village where I grew up. I was equally shocked and saddened. It was my childhood friend Dhobi.

Back then most of the kids in our village were merciless towards him, throwing stones, shouting obscenities. None of them knew the simple gentle man hidden beneath the grime the way I did.

I was the only kid who didn’t pick on him. There was something very special about this loner who had shunned society for the woods. Never once did I wonder why he lived the way he did, nor did he ever offer an explanation. Dhobi was a man…

The best cure for Writer’s Block is to write. Stephen King’s book on writing is one of my favorites. Also, Writing Down The Bones by Natalie Goldberg and Bird By Bird by Ann Lamott. Muscles atrophy when we don’t use them so it only stands to reason that writing does not improve without practice, daily. 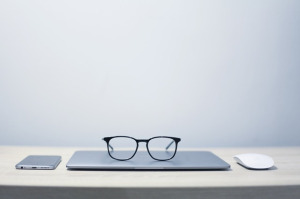 Today I wanted to talk about the process and act of writing. What I mean by that is the simple craft of regularly putting pen to paper. As Stephen King famously said, “Amateurs wait for the muse to come. The rest of us get working.” That is so incredibly true. When I was a creative writing undergrad at San Francisco State University, like many young [writing] students, I thought that, when the ‘muse’ came, I could then write the Great American Novel.

The truth is—any professional can affirm this—and I hate to break your heart here: There is no muse. The muse is like Santa Clause; it’s a hoax that we tell beginners to try and inspire them. Now, there’s nothing inherently wrong with that. But at some point, if you take yourself seriously as a writer, you will have to let go of the Santa Clause…

“Those who manipulate the unseen mechanism of society constitute an invisible government which is the true ruling power of our country. We are governed, our minds molded, our tastes formed, our ideas suggested largely by men w have never heard of. In almost every act of our lives, whether in the sphere of politics or business, in our social conduct or our ethical thinking, we are dominated by the relatively small number of persons who understand the mental processes and social patterns of the masses. It is they who pull the wires that control the public mind.”

Edward Bernays was the double nephew of Sigmund Freud. Born in Vienna in 1891, he died in the United States, 103 years later, almost forgotten by the general public when he invented one of the great evils of the twentieth century: mass manipulation. Propaganda, how to manipulate opinion in democracy is now widely studied in American universities, especially in marketing.

Some food for thought this Wednesday.

where the echoes turn to silence

and the pain turns to numbness—

and for a minute

Before lighting the fireworks, think about what you are celebrating, what works, what doesn’t and at what price. Ask yourself, WHAT DO I STAND FOR?

“Democracy is when the indigent, and not the men of property, are the rulers.”  – Aristotle

“The bedrock of our democracy is the rule of law and that means we have to have an independent judiciary, judges who can make decicions independent of the political winds that are blowing.”  – Caroline Kennedy

“The tyranny of a prince in an oligarchy is not so dangerous to the public welfare as the apathy of a citizen in a democracy.” – Charles de Montesquieu

“The tendency to claim God as an ally for our partisan value and ends is the source of all religious fanaticism.”  – Reinhold Niebuhr

“All tyranny needs to gain a foothold is for people of good conscience to remain silent.” – Edmund Burke

“Hatred is corrosive of a person’s wisdom and conscience; the mentality of enmity can poison a nation’s spirit, instigate brutal life and deathh struggles, destroy a society’s tolerance and humanity, and block a nation’s progress to freedom and democracy.” – Liu Xiaobo

“Patriotism is supporting your country all the time, and your government when it deserves it.” – Mark Twain

“True patriotism hates injustice in its own land more than anywere else.”  – Clarence Darrow

“Capitalism does not permit an even flow of economic resources. With this system, a small privileged few are rich beyond conscience, and almost all others are doomed to be poor at some level. That’s the way the system works. And since we know that the system will not change the rules, we are going to have to change the system.” – Martin Luther King

In peace and with a clear conscience, I implore you to search your heart, soul and conscience and decide what you will stand for.

“When one does not find one’s rest in oneself, it is useless to look for it elsewhere.”  – François de La Rochefoucauld

“Men have looked away from themselves and at things so long that they have come to esteem the religious, learned and civil institutions as guards of property, and they deprecate assaults on these, because they feel them to be assaults on property. They measure their esteem of each other by what each has, and not by what each is.”  – Ralph Waldo Emerson

Many will never do

Always something to possess

While never knowing anyone

There is always more

To accumulate, fill the hole

The need of the masses

To satiate their emptiness

Feed the hunger for what

You will never be able to purchase

Only those who will try to sell you

What they themselves do not have

It isn’t the one with the most toys

Who will win in the end

Sucking up all vital forces

You, gone, without a trace

“Don’t underestimate me because I’m quiet. I know more than I say, think more than I speak and observe more than you know.”  Michaela Chung

She choses to wear her

Hair as though the wind

Has had its way

To dress so casual

As if it is a uniform

So out of date

If you even notice her

She is off in a corner

Back to any available wall

Sometimes she is joined by others

Pulled from her pages

She holds them in her gaze

Nodding her head, offering a hand

A quiet word as needed

She holds up the mirror

Her mask keeps frivolity at bay

But those in need

Always seem to find her

Even seek her out

And for them, she is there

What does our chosen mode of friendship say about us?

(Based on Utility, Pleasure and Goodness): 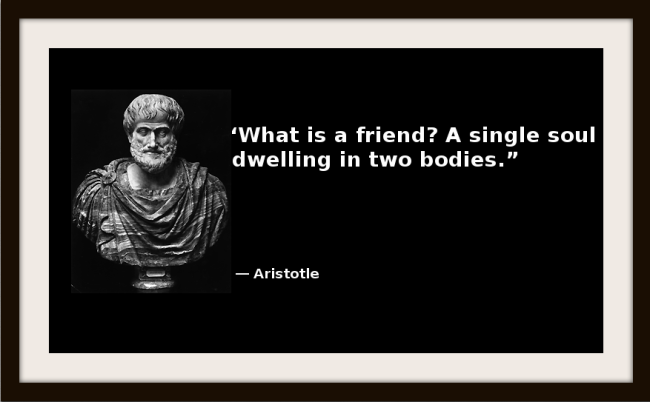 In Book VIII of “The Nichomachean Ethics”, Aristotle makes reference to three kinds of friendship.

1) The first is friendship based on utility, where both people derive some benefit from each other.

Aristotle describes a friendship of utility as shallow, “easily dissolved” or for the old. He views them as such because this type of friendship is easily broken and based on something that is brought to the relationship by the other person. Aristotle uses the example of trade and argues that friendships of utility are often between opposite people, in order to maximize this trade

2) The second is friendship based on pleasure, where both people are drawn to the other’s wit, good looks, or other pleasant qualities. Aristotle says that riendship of pleasure is normally built between the young as passions and pleasures are…

An online book of information, knowledge and news