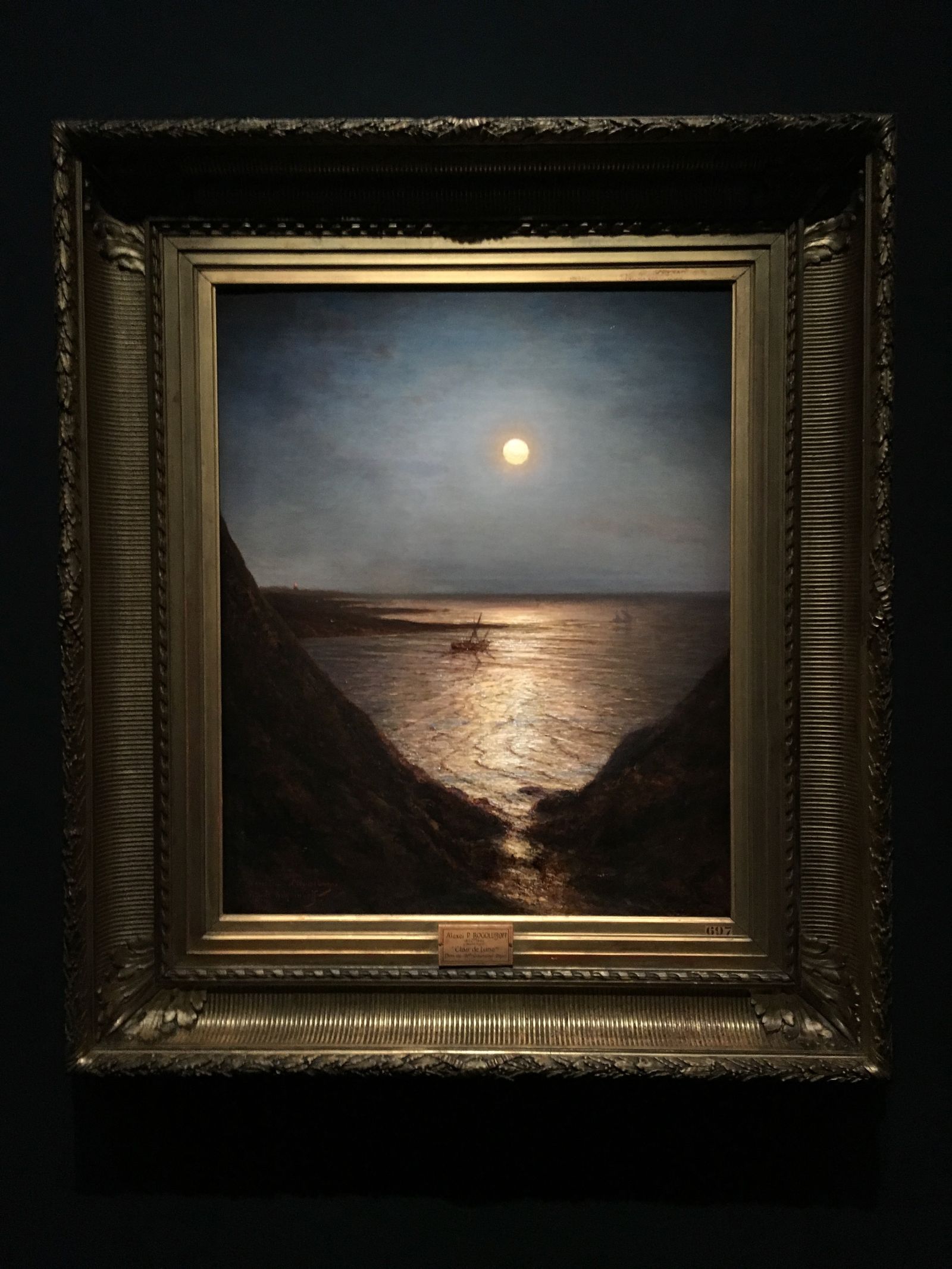 1 The Depth under the Moon Moonlight melts languidly on liquid lakes like suds on dishes like snow on windows like thicker skin over age-old scars. Moonlight floats momentarily on rippling reflections like the tingle after kisses like the scent after sex like the pain after parting. Moonlight flirts on the water to divine […]

via THE MOON, 3 POEMS — Deuxiemepeau Poetry by Damien B. Donnelly

If you are not yet familiar with Randal’s work, you are missing so much. 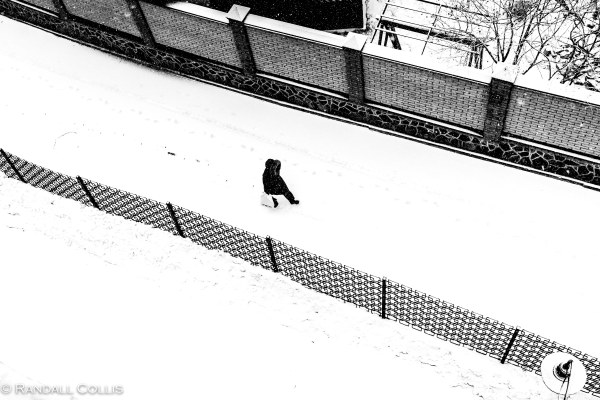 Alone I walk.  The bite of the winter chill does not let up, colors of the world fade into different shades of bleakness.  The ache for youth pulsates strong although I’m acutely aware each passing second takes me further away from this dream. 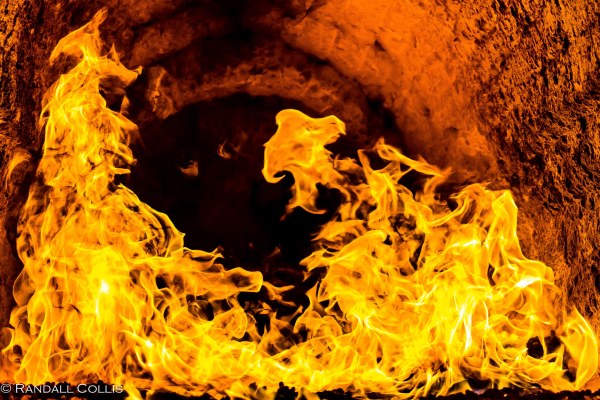 My turned-up collar does little to stifle the cold wind caressing my neck, motivation for the continued search of a spark to ignite another year of passion.

The winter’s silence is broken by a warm whisper, “so you’ve finally come to see me again…” I look to find a smile I’ve grown accustomed to when in a philosophical mood.  She’s always walking beside me, but it’s been too long since I last heard her voice. 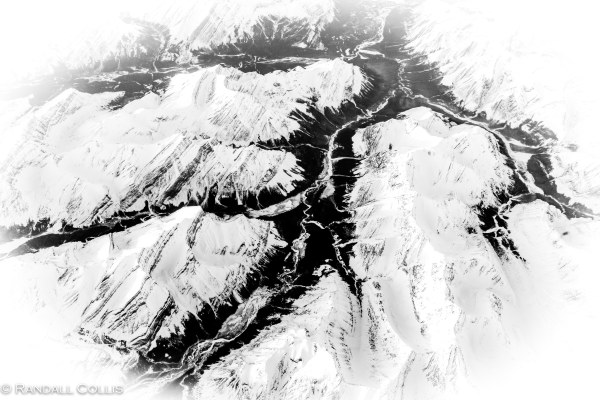 “This morning, I noticed you were preoccupied with a quote at the coffee…

“Justice cannot be for one side, but for both”.  – Eleanor Roosevelt

“You must do things that you think you cannot do”.  – Eleanor Roosevelt

“When will our conscience become so tender that we will act to prevent human misery rather than avenge it”.  – Eleanor Roosevelt

“A woman is like a tea bag –  you never know how strong she is until she gets in hot water”.  – Eleanor Roosevelt

Eleanor Roosevelt was born on October 11, 1884, in New York City. The niece of Theodore. Roosevelt, who would become president and who married a man who also became president, Franklin D. Roosevelt. Eleanor took on the role of the first lady and made it her own. She wrote her own newspaper column, My Day, advocated for human rights and women’s rights. She held press conferences and after the death of her husband went on to chair the United Nation’s Human Rights Commission.

Despite being married to the president, she was not content to sit back idly and smile for the camera. She developed her own public voice while working with the American Red Cross. Eleanor accepted increasing challenges following her husband’s polio attack that would render him dependant on physical assistance for the remainder of his days.

As her husband took on the mantle of command of a nation, she forever changed the role of a first lady. refusing to be relegated to a life of domesticity, she gave press conferences and rallied people for causes that she held worthwhile. Among the causes she campaigned for were human rights, children’s causes and issues relating to women. She worked tirelessly with the League of Women Voters. She focused on ways to alleviate the suffering of the poor and against racial discrimination. During WWII she traveled abroad in support of American troops. She continued this role until her husband’s death on April 12, 1945.

Despite her plans to fade away from public life, that was not to be. In 1945, then President Harry Truman appointed her delegate to the United Nations General Assembly which she served until 1953 when she became chairperson for the U.N.’s Human Rights Commission helping to create the Universal Declaration of Human Rights, an endeavor she considered to be her highest achievement in a remarkable life.

In 1961, President John F. Kennedy reappointed her to the United States delegation to the U.N. and to the National Advisory Committee of the Peace Corps and chair on the President’s Commission on the Status of Women.

On November 7, 1962, Eleanor Roosevelt died in NYC of aplastic anemia, tuberculosis and heart failure. She was 78 years old and was laid to rest on the family estate in Hyde Park, NY.

Eleanor Roosevelt set a standard for First Lady that has not been equaled. She was a humanitarian of the first order and dedicated her life to fighting for social and political change and committed to bringing the issues that would affect them, to the people.

For those willing to pick up the gauntlet, choose at least one quote, read it out loud and then write where it leads you.  Share it if you wish.

“He who establishes his argument by noise and command, shows that his reason is weak.” – Michel de Montaigne

“Why do people respect the package rather than the man?”  – Michel de Montaigne

“Remember then: there is only one time that is important — NOW! It is the most important time because it is the only time we have any power.” – Leo Tolstoy

“Wrong does not cease to be wrong because the majority share in it.” – Leo Tolstoy

“If you look for perfection, you’ll never be content.” – Leo Tolstoy, Anna Karenina

“When a true genius appears, you can know him by this sign: that all dunces are in a confederacy against him.”  – Jonathan Swift

“Vision is the art of seeing what is invisible to others.”  – Jonathan Swift

“Laws are like cobwebs, which may catch small flies, but let wasps and hornets break through,”  – Jonathan Swift

on Just Publishing Advice: You have to write an article or blog post, and the clock is ticking Every writer knows the feeling. You need to write about something, and quickly, but you are at a loss for topic ideas. For authors and those writers who are into more creative writing pursuits, there is usually […] 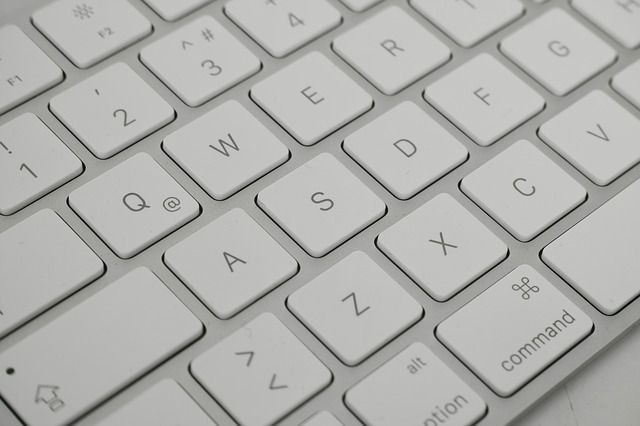 by Diane Laney Fitzpatrick I know, it sounds like a lame excuse, doesn’t it? “It’s not that I’m not writing. It’s just that I’m thinking about my next chapter while I play this game of Solitaire on my phone. With Law and Order reruns playing in the background.” Those of us who have […]

For those of you who have not yet met Carly Jay, meet the most courageous person I have ever known.

“All discarded lovers should be given a second chance, but with somebody else.”
– Mae West

POETRY DAY IS INTERNATIOAL, there are readings here in France and I have no doubt there are others… 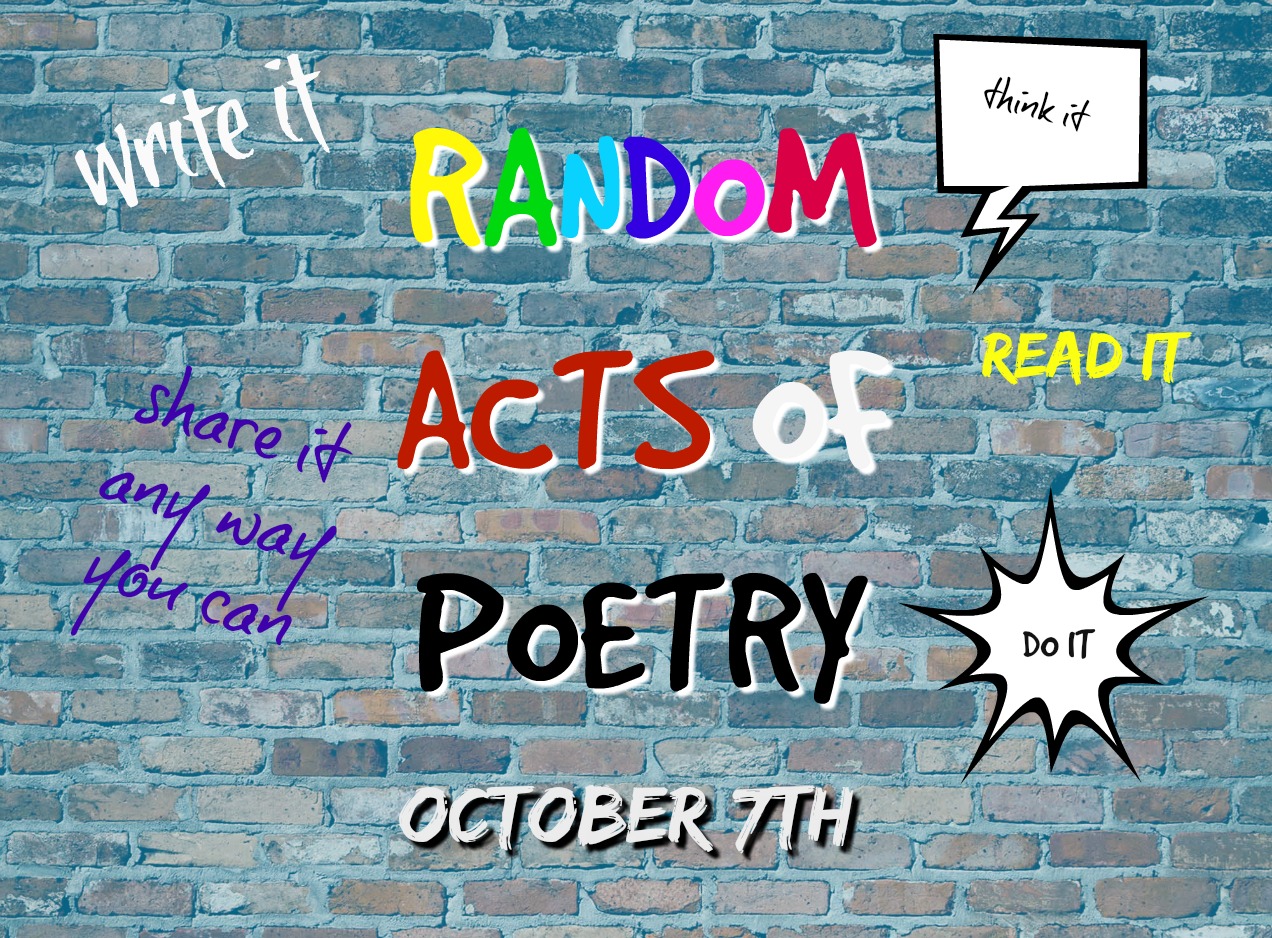 Calling ALL scribes! This is a terrific opportunity for you to let your voice be heard, as Saturday, October 7th is RANDOM ACTS of POETRY DAY Whoa! Are they sure they know what they are doing here? Unleashing bards and bardettes from all over the world to explode with poetic joy, any and every where they […]

“A cat has absolute emotional honesty: human beings, for one reason or another, may hide their feelings, but a cat does not.”  – Ernest Hemingway

We do not have nine

Much shorter than you think

Racing – a comet in the night

Think of the graceful feline

The nose begins to twitch

Curiosity in all things

Absorb all you can

Touch it, feel it,

Make love to it

Take pleasure in your body

It’s keeping you together

Any shortcomings are cerebral

Drink this life in

Take a lesson from felines

Relish it all, retrace pleasure

Head first, into the new

Rejoice in the night

No feline ever would

Makes the world go around

Then rises to do them