“This nation will remain the land of the free only so long as it is the home of the brave.”

I found out about this quote from fellow blogger Léa at Found In France. I’d never heard of Elmer Davis, so I googled him and learned that he was a news reporter, author, the Director of the United States Office of War Information during World War II, as well as a Peabody Award recipient.

Davis had been a reporter and editorial writer for The New York Times before joining CBS radio as a newscaster. In 1942, Davis was appointed to head the Office of War Information, where he won respect for his handling of official news. His liberal stance, however, especially his opposition to military censorship, generated controversy. In 1945 he resumed his career as a news broadcaster, this time with ABC, until 1953…

I am intrigued by Mike Pence’s use of the phrase “God-given liberties” in his tweet. I’m sure he is using language that religious people and/or those who believe in God could relate to.

But I do wonder why he couldn’t have used words such as “inherent,” “self-evident,” or “unalienable,” rather than “God-given” to describe these liberties enshrined in the U.S. Constitution.

I’m pragmatic enough to understand the broad appeal of the phrase “God-given” when it comes to liberties and rights, since most Americans claim Christianity, in one form or another, as their religion and also espouse a belief in God.

I see references to “God-given” all that time, so Pence’s phrasing is not that unusual. But I am a little bothered by the implication that rights and liberties bestowed upon Americans by the Founding Fathers are “God-given,” especially since the word “God” appears nowhere in the Constitution or the Bill…

Children in cages never have a nice day and PTSD often lasts a lifetime. 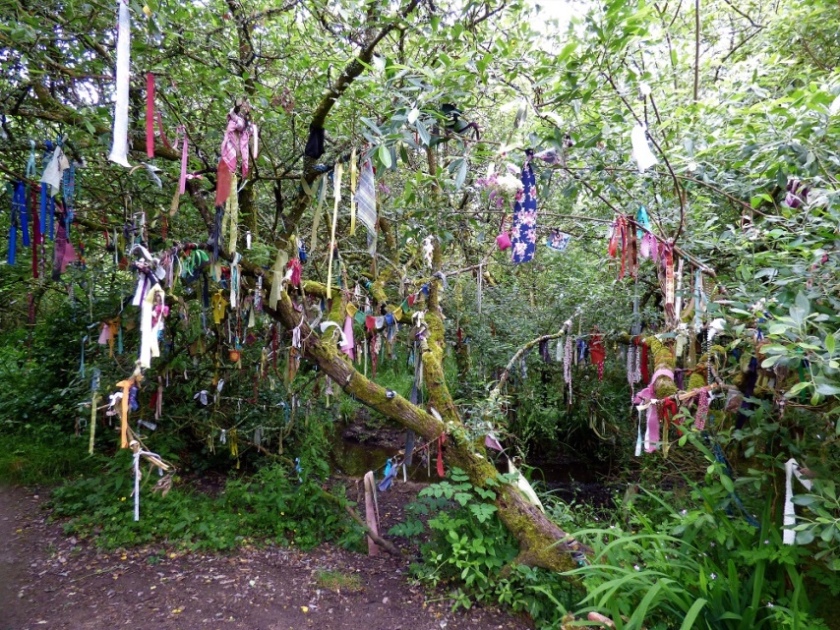 “Look at that tree, Ma,” Alex said, pointing to a tree with limbs and branches covered torn pieces of cloth. “What does it mean?” he asked her.

“That, sweetie,” Cindy said, “is known as the ‘Asylum Tree.’ It’s meant to remind us of the struggles of people trying to come to the United States from other countries in order to escape violence and persecution.”

“Why does it have all of those rags tied to it?” Alex wanted to know.

“Well, under federal law, anyone from another country can seek asylum — and therefore entry into the U.S. — by claiming to have fled their countries out of fear of persecution over their race, religion, nationality, political opinion, or membership in a particular social group,” she explained.

“But President Trump is ignoring that law and arresting people from Central America who are seeking asylum,” Cindy said. “ And worse, he’s taking young… 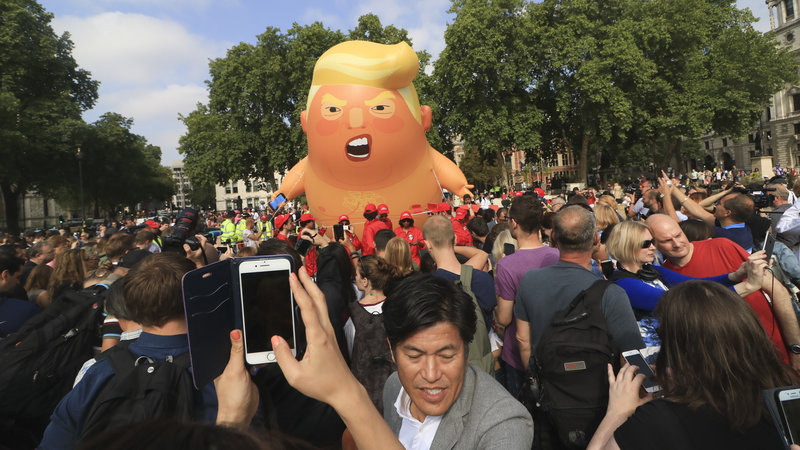 We’re sorry UK for the invasion you are currently subjected to. Despite becoming an ex-pat, I still have those I care about back in America. It does my heart good to see you take to the streets and demonstrate your response to one who has done so much to harm the Country he is suppose to represent and to the rest of the world. His list of crimes would require another post just to list them all. However, he has delcared war on Nature itself. I sometimes wonder if that has something to do with the fact that we have frequently referred to it as Mother Nature and we are all well aware of his views on women. Thank you to the Media sources who share this information and truth.

United Kingdom Your signs and numbers do you proud!

THANK YOU UNITED KINGDOM!  You do yourselves and any allies proud. I’m not especially motivated by numbers but weigh these against inauguration photos from not that long ago and you do the math…

“The nationalist not only does not disapprove of atrocities committed by his own side, but he has a remarkable capacity for not even hearing about them.”                      – George Orwell

“One who deceives will always find those who allow themselves to be deceived.”       – Niccolo Machiavelli

An adage I heard often

As a little girl

The bigger they are

Isn’t part of the problem

There is no unity

States could not be

Can the ship be far behind?

Hatred is the the brand name

We know who is selling it